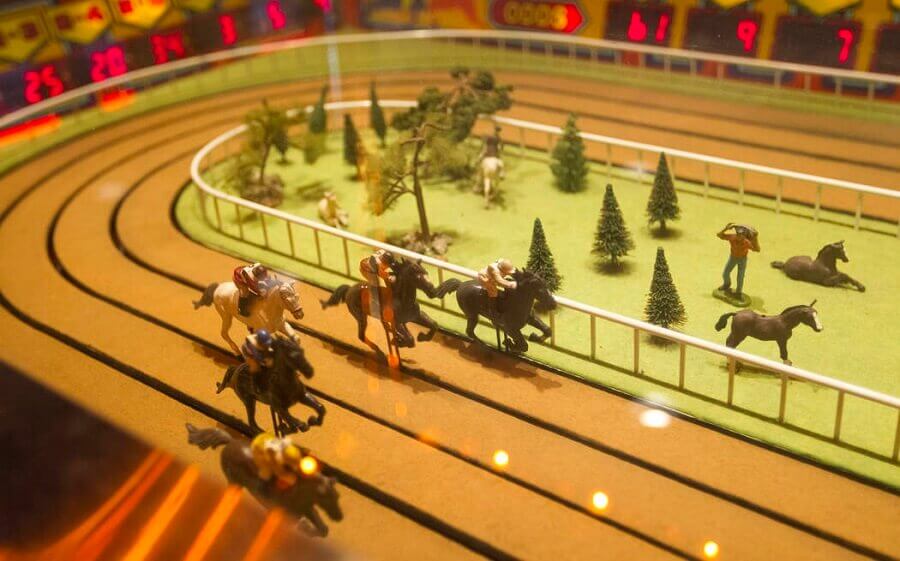 There used to be a machine located at the New Frontier Hotel and Casino, but this gambling establishment closed its doors on July 16 of 2007. That casino has been open since October 30 of 1942. The two establishments that still offer this game are the MGM Grand and D Las Vegas. The MGM Grand opened on December 18 of 1993 and has over 15,000 square metres of gaming space. The D Las Vegas was opened in 1980 and features 3,900 square metres of gaming space.

How to Play Sigma Derby

These horses must finish number one and number two. It does not matter in which order the pair of horses finishes first and second place, but they must finish first and second place in order for the player to win. The player is able to bet one to twenty per horse combination and any variety of horse combination can be bet on by the player. The player can win different amounts depending on how much they wager in the first place, but any wins that are over 500 coins have to be paid by the gaming attendant. In order to get their winnings, players must push the collect button before they leave the table.

While there currently aren’t any plans to add additional and original Sigma Derby games to Las Vegas, there are two racing games that are quite similar to Sigma that have recently been announced. At the G2E Conference in Las Vegas in 2015, a prototype game that was called “Classic Derby” was displayed. This game was manufactured by VSR industries and had similar features to the original.

The players can see a large horse track with green fields, a white fence and a light tan track. The horse’s riders are in different coloured shirts so it’s easy to tell them apart. The betting portion of the game is controlled digitally by a screen that the players sit at. They then select their bets before the race begins by pushing large, white buttons.

The second game showed at the G2E conference was called Royal Derby. This game is manufactured by a Slovenian game company called Alfastreet. It also had features that were very similar to the original horse racing game.